We're Getting Mutants in the MCU - The Loop

The M.A.R.S. Industries Base is the main base of Cobra during the film G.I. Joe: The Rise of Cobra. Massive in size, the base appears to still be under construction and is the size of a small city. It is located in the Arctic.

James McCullen, CEO of M.A.R.S. Industries, uses M.A.R.S. Industries' advancements in technology to build this base. Since the company is a weapons company the base is highly armed and secured. This base has main control rooms, labs, hologram projectors, and missile launching tubes for the nanomite warheads.

The base comes under attack by G.I. Joe in response to McCullen's master plan for world domination. As the battle goes poorly for Cobra's forces, an injured McCullen retreats in a submarine with The Doctor, who orders that the ice pack be detonated in an attempt to kill the Joes that are still inside.

Due to the metallic structure pervading the ice, as the charges go off, large chunks of the ice itself sink into the water and create an additional hazard for those trying to escape. However, all of the Joes escape from the base before it collapses completely.

The base is built under the Polar Ice Caps, so associates are advised to wear coats when above the base, or in the hangar.

There are two known entrances. One above-ground is guarded by Neo-Vipers, Cobra soldiers enhanced by nanomites to be perfect soldiers who don't feel pain. This entrance is near a runway for Cobra vehicle, also serving as a hangar. The other entrance is a docking bay for underwater craft.

This base has many security systems, with the deadly Neo-Vipers maintaining security and guarding key areas. The base is also armed with hi-tech harpoon guns and turbo pulse canons, along with missile tubes, which James McCullen uses to launch the nanomite warheads.

In a final contingency plan, the base and the surrounding ice pack are lined with explosive charges that can be used to cause it to self-destruct rather than fall into enemy hands. 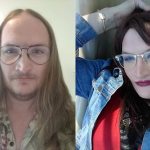