The Terror Drome is Cobra's launch base in the A Real American Hero series.

The Terror Drome was a Cobra fortress that served as a stronghold for Cobra forces to control territory. It was heavily armed and fortified, and was assigned it's own VTOL fighter jet. The sensors and firepower in that fortress gave it the capability to engage the most sophisticated fighters and bombers in the American arsenal.

It was of modular design and pre-fabricated, and therefore a Terror Drome could be assembled within a week. In addition to being used by Cobra they were offered for sale on the arms market to anyone that could afford to pay for them.

The first Terror Drome was built on Cobra Island. Afterwards, they offered them for sale to third world governments, at cut-rate bargains. Many customers around the world came to them, from established regimes at one end to young revolutionary regimes at the other. Some of their customers bought so many of them, that the fortresses were within a kilometre of each other. Unknown to the clients, the fortresses came with something which they were not told of, an ultrasonic transmitter. Via the use of the "paranoia ray", Cobra was able to make the citizens of those countries riot and revolt, leading to increase arms deals for Cobra as they created new markets for themselves. G.I. Joe discovered this and revealed it to the world

This was the Cobra base during the second season, first seen in "Arise, Serpentor, Arise." when a squad lead by Beachhead arrive to rescue Sgt. Slaughter, who was captured by Dr. Mindbender to provide DNA for Serpentor, which he failed to do.

It was once broken into by a creature connected to Destro's clan, which Cobra Commander freed.

Some episodes showed smaller versions of the base.

The Terror Drome would later be blown up when a mission to determine the fate of Roadblock's unit was changed on the spot when Sgt. Slaughter and his four man team overheard a second plan to steal the BET, then rescue one team member in the animated film. 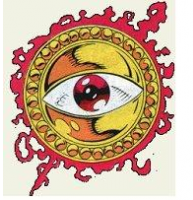