The Joe Team discovers a plot by Cobra to infect Alaska's oil pipeline. At the same time, they have to contend with the evil organization's newest agent.

In a helicopter, Wild Bill drops a group of Joes (Gung-Ho, Doc, and Snow Job) at an Alaskan tundra where the Hawk's team was investigating Cobra presence in the area. They actually encounter a H.I.S.S. tank column where a brief firefight ensued that saw much of Cobra's armor wasted and the Joes losing the M.O.B.A.T. in

the process. Two H.I.S.S. Tanks managed to get away and follow the southern oil pipeline. When the Cobras withdrew, the Joes follow and commandeer one of the abandoned HISS. They follow with Snow Job and Rock 'n Roll riding point in the Battle Bear. Rock 'n Roll doesn't like Gung-Ho's machismo but his interest is piqued when Snow Job mentions the marine has a sister who is a beautiful model.

At Springfield, Cobra Commander receives news of the Joes discovering their activity. To take care of the problem, he decides to send a specialist. He is about to introduce to the Baroness who the man is but she tells him they have already met. The Commander is surprised at this. The specialist boards his plane to head to Alaska.

The Joes follow the Cobras to a pumping station where they spot Cobra Troopers unloading double-walled steel canisters and one of the H.I.S.S. move out with some of the troopers. The Joes try to decide whether to continue investigating or go after the other tank. Rock 'n Roll gives his opinion they split up with their main force going after the tank, an idea countered by Gung-Ho where he thinks they take care of the Cobras at the pump station then double time after the tank. Gung-Ho's idea is seconded by majority, a situation that makes Rock 'n Roll dislike him more.

The Joes make easily overpower the Cobras in the pumping station but a few of the canisters are broken in the process. A Trooper tells them the canisters contain a new type of toxin which gives all of them about six hours to live. Before they can decide what to do next, they are assaulted by the other Cobra infantry group. Hawk radios in for backup. He assigns Snow Job, Snake-Eyes and Doc as the interdiction team and to board the Battle Bear to neutralize the RPG team and go after the other H.I.S.S. Snake-Eyes does on better by actually taking the RPG launcher from the Cobras.

Breaker radios Joe HQ where General Flagg tells him he can send reinforcements but declines on sending a quarantine team as they lack the qualified personnel. Unbeknownst to them, Cobra Commander and the Baroness are listening on the exchange.

Back in Alaska, the Joes on the Battle Bear track the HISS to a nuclear power plant. The plant's personnel was ambushed and the plutonium stolen. The plant man assures them they will manage and the Joes continue after the HISS. Moments later, they are assaulted by Cobras in gliders. Fortunately, the Joes' helicopter is in the area and Airborne joins the fray in his own glider. Airborne distracts the Cobras which allows Snake-Eyes to shoot them down with the RPG. Thereafter, Airborne joins the Battle Bear team.

Meanwhile, a G.I. Joe helicopter carrying reinforcements heads to the pumping station where they become easy targets for another Cobra RPG team. Gung-Ho risks his life and engages the Cobras in a brawl. Realizing they are now in the same predicament as the poisoned Joes, the Cobras surrender. Rock 'n Roll congratulates Gung-Ho on a job well done and invites the marine for a dinner with his sister. Gung-Ho is irritated as he reveals his sister is only nine years old.

Wild Bill and Zap fly down to the second pumping station where they are welcomed by the station's crew. Fearing Cobra plans to poison the Alaskan oil, they have the pump stopped and a mechanical probe to be sent to check for leaks. The Joe interdiction team arrive at pump station #2 where they spot their own helicopter outside and the Cobra H.I.S.S. in the shed. Snow Job realizes the situation and quickly radios Zap in the copter to warn Wild Bill. Zap barges in and as the crew who turn out to be Cobras brandish their pistols. Wild Bill obliges and engages them in a draw where he emerges the victor.

Unfortunately, the probe is already launched. It actually contains the plutonium the Cobras stole from the nuclear plant. The Cobra specialist emerges and reveals to the Joes the master plan. Cobra staged a toxin fear to give the excuse to send a probe through the pipeline when in actuality, the plutonium is sent and will be intercepted by Cobra in the third pumping station. The toxin, although a ruse, is indeed very real to make everything convincing. He even produces the only supply of antidote for this very toxin. Doc surprises the specialist with a snowball and a brief struggle between the two ensues. In the end, the specialist throws Doc away and makes his getaway. To keep from being followed, the HISS was planted with an explosive and he uses his wrist rockets to destroy the Battle Bear but fails to do the same thing to the helicopter as the second rocket is a dud. The Joes are about to chase him but Doc assures there is no need as during the fight, he managed to steal away the antidote and they can concentrate on getting the plutonium back.

Later, at pumping station #3, the Joes land their helicopter and tell the Cobras there to give up the plutonium as they have reinstated the oil flow and that they are just as well contaminated. Doc trades the antidote for the plutionium. The Cobras accept his offer, take the antidote, leave the plutonium and fly away.

At Joe base camp, as the Joes all get their shot of the antidote, Doc reveals they never really turned the oil flow back on and he fooled the Cobras by giving them his supply of tetanus booster. Rock 'n Roll confronts Snow Job for fooling him about Gung-Ho's sister. Doc tells him Snow Job didn't lie, he was set up where he would give the con man twenty bucks to set up the date with a beautiful model. The truth being she really is a model, a child model and "she probably wouldn't mind having one of her big brother's pals take her to the fountain for a double-dip ice cream soda." And everyone has a laugh.

"You know him? How? When?"
"Tut tut, Commander. I thought you knew everything."

--Cobra Commander doesn't like not knowing everything about the Baroness' past with The Specialist. 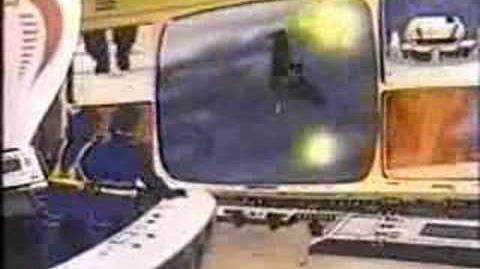